Actually a topic like this hardly need an introduction. Knowing the concept of reference, how to pass-by-value and pass-by-reference etc. are considered to be the basic JavaScript concept.

So, what's my motivation behind writing this post? I felt, it will be great to see some of these in action visually using animations. Won't that be cool! Also, understanding some of these basic concepts visually will encourage us to realize that, javascript's Garbage Collection is a very easy concept to understand(and practice).

When a Primitive type is assigned to a variable, the variable holds the primitive value.

When we assign(using = operator) these variables to other variables, the value gets copied to the new variable. These are copied by Value.

We can continue to change the values for both the variables Separately and Independently. Consider the example below:

Let us start by the definition.

A reference is a pointer to the object’s location in memory(Heap).

If we assign a non-Primitive value to a variable, that variable doesn't actually holds the value, rather holds the reference. Consider the code below,

However the output is:

But there is lot that goes in background. The variable x given a reference to that value, [1,2]. This reference points to a location in memory say, with address 0x4db.

Are you surprised by this output, that both x and copyX now changed?

This is because, when a non-primitive(or reference type) value gets assigned(using = operator) to another variable, the actual value doesn't get copied. Rather the memory address of that value(reference) gets copied. Hence both x and copyX point to the same reference which is nothing but the memory address where the array is stored.

What if the Reference goes void, Can it happen?

So what's going on here? Let's see step by step:

All these concepts explained above are the base to understand how Garbage Collection works and the algorithms behind it. We will see that in an upcoming post.

Hope you liked this one, Cheers! 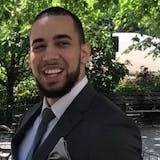 Thanks for making this post, very easy to follow and understand! Learned something new today! haha thanks