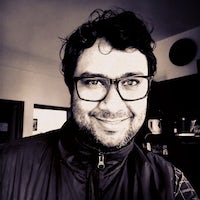 Welcome to the third post of the series, JavaScript: Cracking the Nuts. In this post, we will know about another fundamental JavaScript concept called, Hoisting.

As the focus of the series is to get to the basics and internals of every concept, we will try exploring the internals of Hoisting here than just scratching the surface.

If you haven't got a chance to read through the earlier posts of the series yet, you can find them here:

What do we know so far

Here is some recap from the last few posts of the series:

The mechanism of allocating memory for the functions and variable declarations within an Execution Context is called, Hoisting.

The word Hoisting is confusing and misleading in the context of what is actually happening here. That is one of the reasons that, many of the explanations of Hoisting are focused on the fact that variables and functions are hoisted.

In plain English Hoisting meaning, raise (something) by means of ropes and pulleys. At some point, one may start believing that, things(variables and functions) actually being hoisted by moving their position up by the JavaScript engine.

Hey relax, nothing like that ever happens! Truly, there is no code that physically gets hoisted. It is all about how the memory gets allocated for functions, variable declarations in an Execution Context's Creation Phase.

We will see that with examples soon.

What's the expected output of the above code? Well, it is easy:

The question is why? We have accessed the variable name well before it has even been declared. Like many other programming languages, we should have got an error. But instead, we got undefined.

in JavaScript, the code execution context is divided into two phases:

In the creation phase, the memory gets allocated for the variables and initialized with a special value called, undefined.

The meaning of undefined is, a variable has been declared, but it has no value assigned.

In the code example above, the creation phase declared the variable name by allocating memory for it and marked it as undefined. This phenomenon is called, Variable Hoisting in JavaScript.

Function hoisting follows a similar path of variable hoisting. In function hoisting, JavaScript Execution Context's creation phase put the function declaration into memory. Let us understand it with this example:

Hoisting works well with other data types and variables and that is a problem.

A general rule of thumb is to always define functions, variables, etc before using them in code. This can help in avoiding surprises and debugging nightmares.

There are few guidelines and checks already put into JavaScript language to safe-guard from the pitfalls of using Hoisting without realizing it.

As mentioned above, always define functions, variables, etc before using them in code. Do not rely on Hoisting much. At the same time, it is important to understand the underlying concept of why certain things are behaving in certain ways.

In the next post of the series, I'll be explaining about another fundamental concept called, Scope. Stay Tuned.