Have you looked into MS Visual Studio Code's Web Template Studio yet?

Last month, Microsoft had announced the early release of the Visual Studio Code's cool extension called, Web Template Studio (WebTS). The main aim of the extension is to accelerate the creation of new web applications using a wizard-based experience. The early release notes can be found here.

I found it cool so far where it supports,

WebTS was created using TypeScript and React. Different combinations of generated code are merged together by Core Template Studio, which was made using .NET Core.

Once launched, you can use it to create a sample app of your choice in no time!

Here are some resources to learn more:

Hope this was useful in some way 💡💡💡. 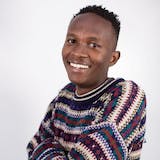 Saves a lot of time when doing project setup 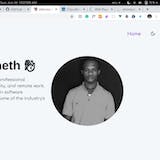 Waoo this is great!